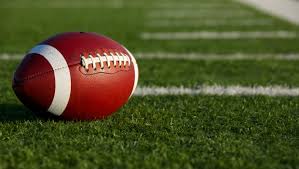 What’s not to love about fall? Pumpkin candles, apple pie, cooler temperatures (only 87 in the ATL today), and campfires on a brisk night. However, I look forward to fall for another reason: college football. Growing up in Alabama during the Bear Bryant era, college football is in my blood. My dad ushered at Legion Field in the 70s, and I often went to games with him. Some people look forward to Christmas or Thanksgiving, but my favorite holidays were those fall Saturdays listening to Eli Gold while raking the yard with my dad.

Education and college football actually have a lot in common. First, hard work and practice pay off every time. Players who do not give their all on the practice field usually don’t do well on game day. The same goes for students: not giving best efforts in class or homework results in poor student achievement. Sometimes, natural athletic or academic talent can carry an athlete or student, but natural talent alone will never produce the results that hard work does. We’ve all heard coaches say they expect 110% on the practice field. (As an English major I have been perplexed at how 110% is possible, but I guess this is some of the new math I don’t understand). To be academically successful, students must consistently work hard.

The 2013 Iron Bowl. This is one I will remember for the rest of my life. My son and I watched the end of the game in the ER (he dislocated his shoulder during the game which shows how seriously we take college football at our house) when the other team ran the ball back on Alabama with only one second on the clock and scored to win the game. The game lasts 60 minutes, and teams can’t check out even one second early. The same is true in education. I see this all of the time teaching seniors. Some of my seniors now have already checked out of school are digging a hole that will be hard. August is important, but what a student does in May can wreak havoc on efforts put in from August through April. Starting well is important, but finishing well is even more important.

Fundamentals and drills are important to football teams. Passing drills, tackling drills, running sprints, toe touches, and high knees can be seen on the practice field on a daily basis helping players develop skills which will become second nature to them. The same principle applies for students. Reading, writing, and math practice all develop skills which can eventually become second nature to students allowing them to focus less on basic comprehension tasks and move to more critical thinking. Practicing fundamental skills consistently, while not glamorous or exciting, separates the men from the boys in athletics and academics.

Finally, trash talk is essential to college football. This preacher’s wife can trash talk with the best of them, but I have noticed that most people who trash talk are not the ones who are on the field. Players, with a few exceptions like Johnny Football, keep their mouth shut while their fans are spewing out insults all week at the other team. Education is a lot like this. Many people who are not in classrooms and schools on a daily basis do a lot of trash talking about education. You may be zoned for a great school or school district, but remember it’s the teachers and administrators who show up and play the game on a daily basis. (But unlike a college player, this teacher can accept Starbucks gift cards as a token of appreciation).

And finally, I’m closing out with a quote from the Bear. “Sacrifice. Work. Self-discipline. I teach these things, and my boys don’t forget them when they leave.” – Bear Bryant

Here’s to hoping your college football team has a good season, but not as good of a season as my team. Happy fall, y’all!