On Monday, a total eclipse of a school day,  Newnan, GA experienced 96% totality of a solar eclipse. I learned a few things on this day.

2 – Recalling of eclipse glasses a few days before an eclipse can cause turmoil.

3 – 4% of light makes a huge difference in the darkness.

My friend Brad Wilson had told me early in the day that he heard the eclipse would be anti-climatic in the Atlanta area. According to a news story he saw, the light in our area would be similar to dusk as opposed to night. Coach Wilson is an Auburn grad which caused me to have some doubt, but he was absolutely right.

So many of my students were disappointed (underwhelmed was the word Baby Barber used) and did, in fact, feel that the eclipse was anti-climatic. Part of this was probably due to the media hype, the securing of glasses to view the eclipse, and in reality the inability to wow this generation. In spite of the temperature drop and the dimmed sky, it was clearly daylight even though we were close to the path of totality.

Instead of being underwhelmed over the lack of darkness, I have been overwhelmed the past few days over the power of light. I am no scientist or mathematician, but to me 96% totality means only 4% of the sun’s light is present, and that 4% of light makes a huge difference.

In today’s world darkness gets a lot of media coverage; sometimes I feel like the news is at 96% totality. But when I take time to look, the 4% of light is making a huge difference in my city, our nation, and the world. Terrorism, hate crimes, tragic accidents, bullying, false accusations, selfishness and many other things you can think of to add to the list makes it seem like someone is holding a filter over the way we view humanity dimming the light in our world. The reality, however, is that hope continues to shine brightly in a dimmed world. An encouraging word, an act of kindness, a moment of compassion, or an empathetic heart all can make a huge difference. Even in the areas of 100% totality, the darkness is overwhelming but is only temporary before the world starts to slowly light up again.

This week’s application: be the light. No good deed is too small to shine and cast out darkness. 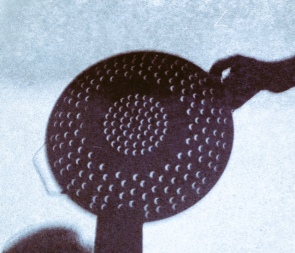 when your kid is in your class